A HISTORY OF EXCELLENCE

Founded in 2001, Argonaut Company was originally created to provide planning and design services to master planned communities. Since that time, Argonaut Company’s number and range of clients and their projects has broadened substantially. These include public municipalities and transportation agencies, civil engineers, architects, Indian tribes, landowners and gaming and hospitality companies.

Despite this growth, our guiding philosophy has never changed: to fully integrate into each project team, identify the needs of the key stakeholders and forge creative solutions meeting core project needs. This is what has fueled our success – and the many referrals we've gotten from our clients. With every project we build, we're also building a reputation. One of Commitment, Vision, Creativity, Integrity. The ability to articulate a shared vision. And the tenacity to see projects through to completion.
Contact Us 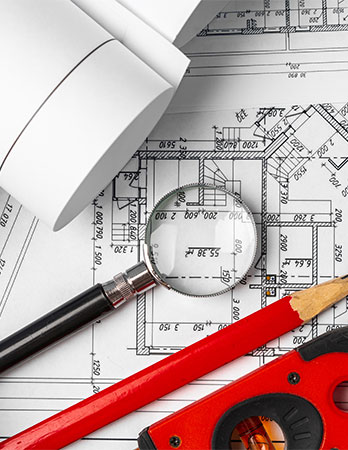 THE PEOPLE BEHIND OUR PROJECTS

Over the course of a distinguished career spanning more than 30 years, Mr. Rhoads has helped build notable developments in the West. He has a reputation for being fully committed to his clients' objectives. Prior to forming Argonaut Company in 2001, Mr. Rhoads was the Director of Advance Planning of Howard Hughes Corporation's Summerlin master planned community in Las Vegas, Nevada. He served as director of planning and design for the community’s master plan, town center district, mixed-use villages, freeways and roads, trails, and design review. Mr Rhoads had a pivotal role in securing 1,200 acres for a new county park. Before Hughes, he was the company architect for Newhall Land, builders of the new town of Valencia, California.

Mr. Rhoads partnered with Charles Reppas to plan, entitle and develop Artisan Park, a mixed-use master planned community in Helena, Montana. With extensive experience in project management, community engagement, planning, design, land stewardship and development, resiliency and climate adaptation, Mr. Rhoads brings well-rounded expertise to Argonaut Company. He holds two architecture degrees, a Masters from MIT and a Bachelors from Berkeley. Mr. Rhoads is a California registered architect. He serves on the board of Friends of SMART and San Rafael Heritage and is a member of SPUR, the Bay Planning Coalition, Sustainable San Rafael and the Federation of San Rafael Neighborhoods. A Bay Area native, he is the Executive Director of Resilient Shore, a San Rafael based nonprofit project focused on mitigation and adaptation associated with sea level rise and flood risk reduction.
ANN L. RHOADS

As co-owner of Argonaut Company, Ms. Rhoads has been instrumental in building the firm from the ground up. In her capacity as operations manager, she keeps the company running smoothly and efficiently so other team members can focus fully on clients and projects. Ms. Rhoads spearheads efforts in the areas of contract management, relationship management, accounting and payroll. She is also responsible for community outreach on planning and development projects. Ms. Rhoads has a Bachelor of Arts degree in social welfare from the University of California at Berkeley.
CHARLES B. REPPAS

For more than a decade, Charles Reppas has provided forward-thinking consultant services for clients throughout the West. With extensive experience in finance, accounting, budgeting, construction management, and real estate development, he is an indispensable partner in Argonaut Company's efforts. Mr. Reppas has owned and managed several residential development projects in Seattle and Wenatchee, Washington. In 2004 Mr. Reppas partnered with Jeffrey Rhoads to plan, entitle and develop Artisan Park, a mixed-use master planned community in Helena, Montana.

Prior to founding his own consultancy, Mr. Reppas was the chief financial officer for Henderson Homes, a prominent homebuilder in the Puget Sound area. While there, he was instrumental in the development of Lakeland, a planned community of 3,000 residences, schools, a community center and commercial developments. Mr. Reppas was also a key participant in other Henderson Homes communities. Mr. Reppas has also developed apartments and condominium conversions and has owned his own accounting firm. He is a certified public accountant (Oregon, inactive) and holds a Bachelor of Science in Accounting degree from Oregon State University.
PHILIP STIDHAM

Mr. Stidham began his career with the Los Angeles County Road Department as a designer of throughways and transportation corridors. Later he worked with the City of Simi Valley as a community engineer. This experience gives him valuable insight into working with counties and municipalities to get projects built.

For fifteen years, Mr. Stidham was the vice president of land development with Newhall Land and Farming Company. In this capacity, he was the leader of a team including construction superintendents and analysts, and he was also responsible for major land development construction, budgeting, scheduling, bidding and cost management.

Mr. Stidham holds a Bachelor of Science in Civil Engineering degree from California State University – Los Angeles. He is a registered civil engineer in the State of California.

THEY ARE MORE THAN CLIENTS
THEY ARE SUCCESS STORIES

It has been Argonaut's Company's privilege to partner with these fine organizations:

Argonaut Company is a real estate and placemaking consultancy that works with developers, landowners, public agencies, and design firms to create sustainable and engaging human and natural environments.

As project and program managers, Argonaut Company is adept at capturing your vision

Argonaut Company provides a breadth of planning and design services to help your project start off right and keep it on track.

Despite this growth, our guiding philosophy has never changed: to fully integrate into each project team, identify the needs of the key stakeholders

What can we help you with?